The company is Good OS, or gOS, which announced its "Cloud" quick-boot environment for netbooks today at a Netbook expo in Paris. The product appears to be available now for licensing by netbook designers. It follows the release earlier this year of gOS 3.0, Good's widget-enabled distro for netbooks.

Good says gOS Cloud can boot in seconds, into a barebones browser-based environment not unlike the locked-down "kiosk" set-ups at libraries and cafes everywhere. Yet, here, the browser has taken on OS-like features, such as the familiar Mac OS X-like application dock shown in the screenshot below. 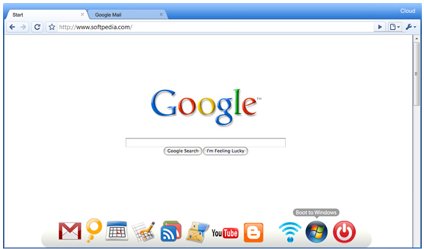