Microsoft never officially comments on its internal redesigns of Xbox 360 hardware, but it is no secret that the company does periodic revisions to make its console perform better, fix bugs and lower production cost. And now, with the holiday shopping season in full swing, many of you will be happy to now that the latest such revision is finally starting to become available in stores – or so it seems.

Code-named Jasper, the new design is a successor to Falcon and brings with it a smaller 65nm GPU that should bring down overall power consumption, heat generation and noise – it should also further alleviate some of the infamous Xbox 360 RROD problems. Multiple Xbox 360 Arcade units have been spotted in the wild with the new motherboard, and notably it appears that the internal flash memory has been bumped to 265MB (up from 16MB), which means the console can update to the NXE dashboard without the need of fitting a new hard drive or memory card.

It is likely that all other models will come with the same amount of internal memory so as to keep designs similar across the board. Check out some pictures of the new Jasper motherboards over at Xbox-scene 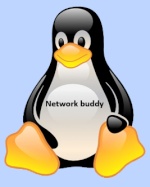